Diffusing “Your price is too high.”:

“Your price is too high.”

What do you say?

A lot of salespeople will defend their price by saying things like:

“Did you purchase the least expensive car? Why not?”

“I understand how you feel. One of our customers felt the same way. But what they found was we helped them increase profits.”

These statements signal a powerful message to prospects: that you’re putting your best interests before theirs.

Whenever prospects feel they’re being talked into buying, they enter the Zone of Resistance (ZOR). So do you. So does everyone. The ZOR is a reflex reaction to persuasion. Persuasion is perceived as a threat.

So let’s try another approach. Instead of having a rebuttal, understand the reason why your prospect feels the price is too high.

Here are the seven most common reasons why prospects say the price is too high:

1. They’re not interested and use the price to end the conversation.

2. They might not think the product is a fit.

3. They’re comparing your price to what they have.

4. They’re comparing your price to a competitor and don’t perceive you as being different.

5. They don’t have a budget allocated.

Here’s how to uncover the truth using mirrors and labels (Chis Voss).Hat tip to Kat Espinosa for the visual.

If you mislabel, prospects will correct you. People like correcting others. But people don’t like being corrected :-). 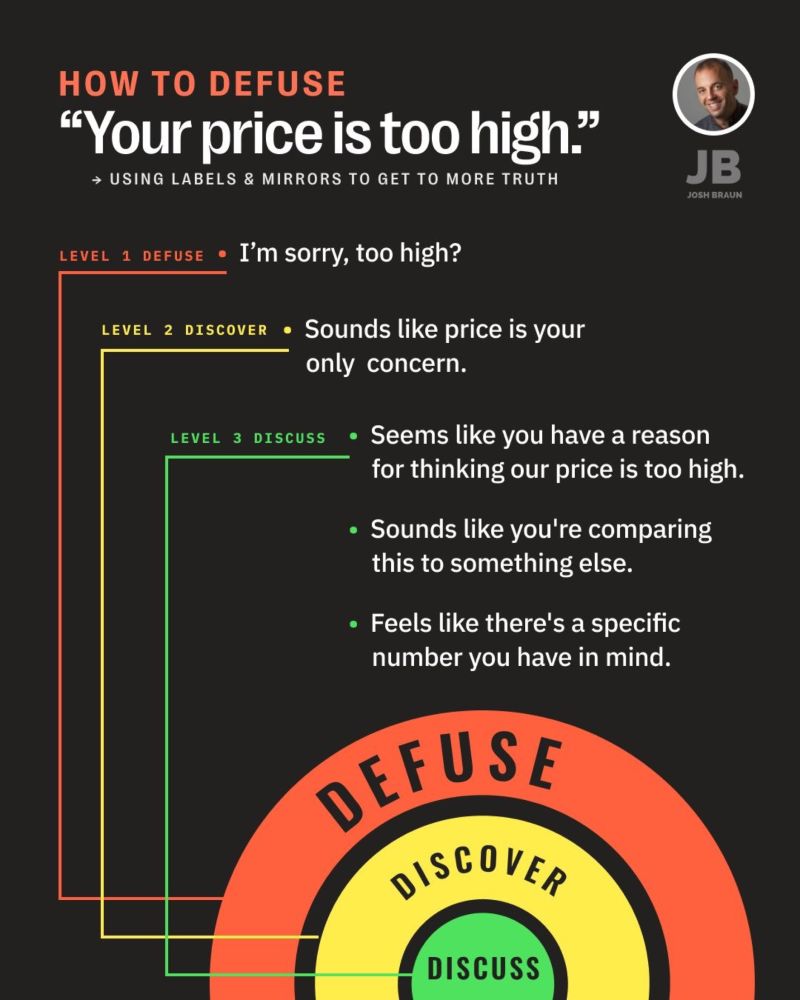